Do you know where the trolls came from?

Most trolls are born in winter between December and March while the moon is smiling or sleeping.

You see, millions of years ago, before humans walked the Earth, the Northern Lights, named Aurora, danced each night. But the animals slept at night and did not get to see her beauty. This saddened her, and she became withered and grey.

But one night, the Moon smiled at her, and said to Aurora, "I am going to sleep tomorrow and you must keep the sky filled with light!"

"But for whom?" asked Aurora, "All the animals sleep and, if you sleep as well, no one will see my beauty!"

"Tut!" said the Moon, "All the more reason for you to shine even brighter!"

They danced with Aurora and laughed and sang of her beauty and relished in her light. And when Aurora had finished her dance, the little lively trolls went to sleep, dreaming of the next night when they would awaken to dance and sing and make merry once again.

And that is where the trolls come from.
Posted by Cynthia at 9:05 AM No comments:

Sometimes love wins.
and sometimes it does not.
For who can say which flowers shall bloom.
And which of its fruits shall rot.
Posted by Cynthia at 8:25 AM No comments:

Email ThisBlogThis!Share to TwitterShare to FacebookShare to Pinterest
Labels: Poetry

I don't know what star you're on


But if you don't mind
I'd like to watch for you each and every night
Because I love you and I miss you
And I dream that I could kiss you
But for now I'll look look up to the sky
And fall in love with every twinkling light
Because I
Don't know your name
And you don't know my name
But I have seen you
And I feel that you have seen me, too. 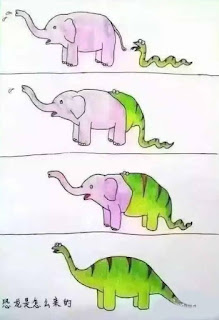 Posted by Cynthia at 7:19 AM No comments:

You were a mirror
I loved what I saw
Your arms held a world
Where we could be more
You held out your life
And you wanted my touch
I give my heart too freely
I hope for too much
In an instant you recoil
You're ripped from my grasp
I'm left in the shatters
Of a broken looking glass
I am a mirror
I take what I can get
In an empty, ravished world
With nothing to reflect
Posted by Cynthia at 6:44 AM No comments:

The Wight Who Lives Downstairs From Me

I speak your name.  You lay still and rotten. The perfume of the flowers you hold have been forgotten. Your skin is discolored, though its softness lingers, I cannot stroke your hair lest it cling to my fingers. Your eyes are darkened and unsupported. Your hands are pruned.  Your face is contorted. I fail to recall your beauty, as hard as I try. I move to kiss you. your lips are dry.
Posted by Cynthia at 8:53 PM No comments:

"I'm in love!" I said, as I looked bright eyed at the lovely gentleman on the other side of the fence. My friend replied with a simple, yet meaningful inquisitive noise.
"I mean, I don't quite know what love is, but I'm fairly certain it's something like this." My eyes followed the man as he walked slowly toward me, waiting to meet his eyes. As he drew closer, my heart fluttered and my breath quickened. I felt warm and hopeful and when he finally looked at me, I was overcome with joy. But he only met my gaze for a moment... and kept walking.
My friend laid back down, but I watched the gentleman as he walked away. He paused beyond my reach, said something, and the next gate was opened. I strained to see what was happening. I saw him kneel down. I saw him smile and heard his laugh. It filled me with such emotion I could not even comprehend. He stood again, and I stood tall, but he passed by without even noticing me. There was a puppy in his arms. Another puppy. I so wanted to be his.
"Everyone passes by the older dogs" her friend sighed, "You'll get used to it."

But she was wrong. It still hurts every time.
Posted by Cynthia at 8:43 PM No comments: